Campfires Allowed Again In Parts Of Southeast Including Cranbrook Friday

**With files provided by the Southeast Fire Centre

CASTLEGAR (August 26, 2021) -- The combination of a return to more seasonal weather conditions, with rainfall and cooler temperatures and decreased fire danger ratings, have reduced the risk of wildfires in southeastern B.C.

Effective at noon on Friday, Aug. 27, 2021, campfires will be permitted in the Cranbrook, Invermere, Columbia, Arrow and Kootenay Lake fire zones. However, campfires will remain prohibited in the Boundary fire zone. This includes the use of campfires within the municipal boundary of the City. 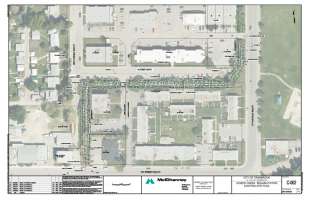 The current prohibition against any open fire larger than a campfire (i.e., larger than 0.5 metres wide by 0.5 metres high) remains in effect throughout the Southeast Fire Centre. A map of the affected areas and their associated prohibitions is available online: http://ow.ly/JGbf50FXhcY.

The following equipment and activities remain prohibited throughout the Southeast Fire Centre:

In the Boundary Zone the following additional equipment and activities remain prohibited:

• Campfires as defined in the Wildfire Regulation;
• tiki and similar kinds of torches;
• outdoor stoves and portable campfire apparatus that are not CSA or ULC approved or if the flame exceeds 15 cm in length; and
• chimineas.

Anyone lighting a campfire in an area where campfires are allowed must maintain a fireguard by removing flammable debris from around the campfire area and must have a hand tool and at least eight litres of water available nearby to properly extinguish the campfire.

Natural resource officers and conservation officers conduct regular patrols throughout British Columbia, including looking out for campfire-related infractions. Anyone found in contravention of an open fire prohibition may be issued a ticket for $1,150, required to pay an administrative penalty of $10,000 or, if convicted in court, fined up to $100,000 and/or sentenced to one year in jail. If the contravention causes or contributes to a wildfire, the person responsible may be ordered to pay all firefighting and associated costs.

The Southeast Fire Centre extends from the U.S. border in the south to Mica Dam in the north, and from the Okanagan Highlands and Monashee Mountains in the west, to the B.C.-Alberta border in the east.