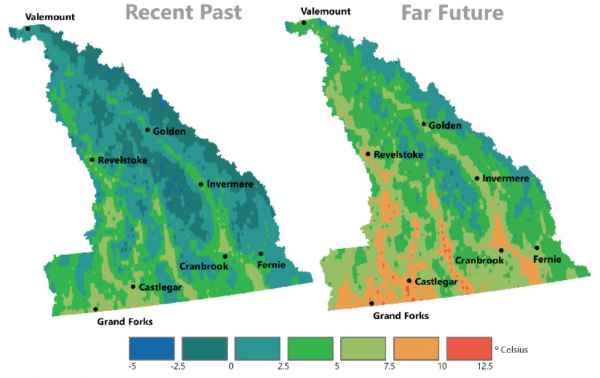 The climate is changing locally, provincially, and globally. The average global temperature has already increased by 1 degree Celsius (°C) above pre-industrial levels. In Cranbrook, the annual average temperature has increased by 1.7°C over the last century, with upward trends expected to continue. 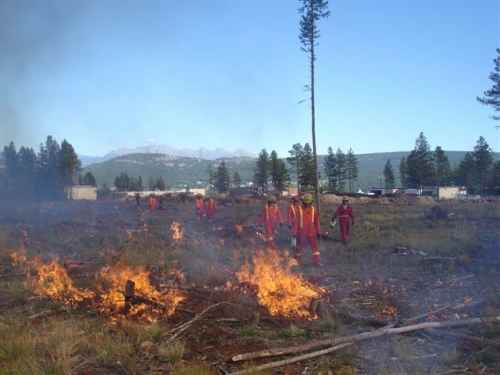 From 2019-2021, the City participated in the Rural Climate Adaptation Capacity Building Project (Project) with the Columbia Basin Rural Development Institute at Selkirk College. The purpose of the Project was to provide capacity building in support of local climate adaptation efforts, and complete climate change resilience activities and training specific to our region. Through the involvement in this Project, the City: 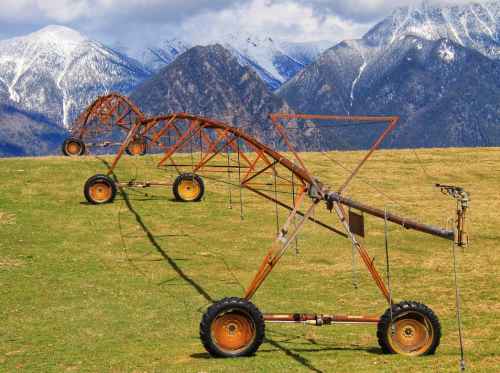 The trend toward wetter springs and drier summers in Cranbrook is likely to have negative implications for the City of Cranbrook’s water supply from Joseph and Gold Creeks. These low elevation watersheds are likely to experience reduced snowpacks and earlier snowmelt resulting in reduced and longer periods of summer low flows. Reduced surface flows could also impact the volume of water available for recharging the groundwater aquifer that Cranbrook relies on for its water supply, especially in late summer and early fall. The long-term discharge data available for nearby Moyie River above Noke Creek reveals a decrease in the volume of summer low flows over the 52-year record. The City’s water system demonstrates some of the challenges common to utilities in many Canadian communities, including limited resources for system monitoring and improvements. The City of Cranbrook is actively addressing many of its water supply needs, risks and challenges by completing a Master Drinking Water Quality and Supply Strategy in 2019-2020, which includes installation of four stream flow monitoring sites to provide real-time data on water quality and quantity. The flow monitoring stations at Gold Creek, Joseph Creek, Hospital Creek and Jim Smith Creek will gather flow data as well as water quality parameters such as temperature, pH, conductivity, and turbidity. This information will be used primarily to inform water operations for real time water quality and flow, as well as long-term trends for supply and quality sustainability. Additionally, this data will be used to inform ecological impacts of flow quantity and quality on local fish, wildlife and vegetation.

In 2008, the City of Cranbrook (City) signed on to the BC Climate Action Charter, which is a voluntary agreement between the Province of British Columbia, the Union of BC Municipalities, and individual local government signatories who are committed to aiming to reduce GHG emissions, measure and report corporate greenhouse gas (GHG) emissions, and create an energy-efficient community. In 2017, the City joined the Federation of Canadian Municipalities (FCM) Partners for Climate Protection Program (PCP Program). The PCP Program, which is managed and delivered by FCM and ICLEI – Local Governments for Sustainability Canada, provides a framework to local governments for taking inventory of GHG emissions, and developing targets and plans for their reduction. 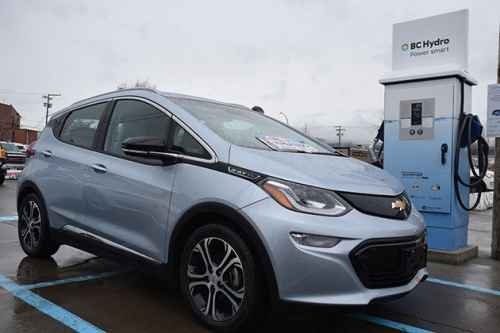