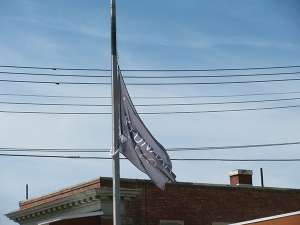 Cranbrook, BC (June 21, 2021) – Today marks a positive step forward on the path of partnership and community building between the Ktunaxa Nation and the City of Cranbrook, on National Indigenous Peoples Day, as the Ktunaxa Nation flag is now being officially flown at the arches welcoming the world to our region. 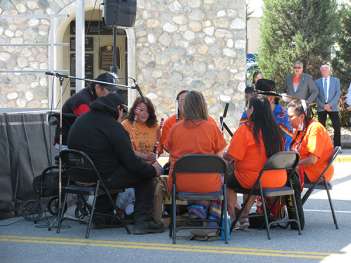 The Ktunaxa Nation flag is a modern representation of the 7 feather staff, which is still used today for ceremonial purposes. The flag raising ceremony today affirms a commitment for both governments to work together on the path to reconciliation towards a future where we can support each other to achieve our economic and environmental goals. 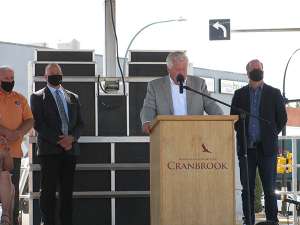 “This is an important step forward in our effort to strengthen and grow the relationship between the Ktunaxa Nation and the City of Cranbrook,” says Mayor Lee Pratt. “The path to reconciliation is not one we take alone, but one we take together. It is our desire and commitment to work together with the Ktunaxa Nation for the betterment of our region, our community and our people.” 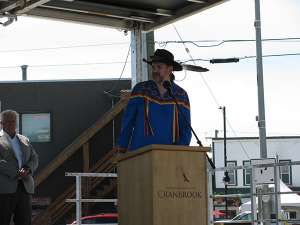 The Ktunaxa Nation provides many important services to the community and region including Street Angels and the health clinic, which is open and available to anyone, not just Indigenous people.

To learn more about the Ktunaxa Nation, visit their website @ https://www.ktunaxa.org/. 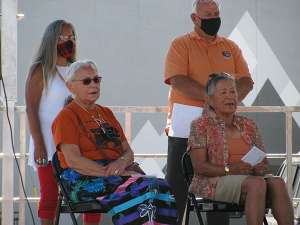