Notice Of Election By Voting

PUBLIC NOTICE is hereby given to the electors of the City of Cranbrook that an Election by Voting is necessary to elect one (1) mayor, six (6) Councillors, and five (5) School Trustees and that the persons nominated as candidates and for whom the votes will be received are listed below:

Councillor - Six (6) persons to be elected

VOTING will be open to qualified electors of the City of Cranbrook as follows:

SPECIAL VOTING OPPORTUNITIES will be available to admitted patients or facility residents only: 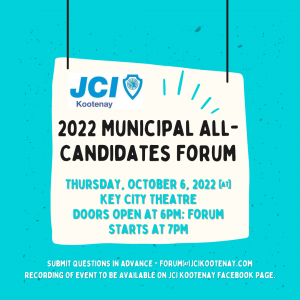 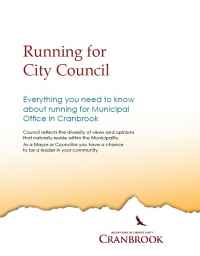 Running For City Council
Everything you need to know about running for municipal office in Cranbrook.