Cranbrook, BC (June 3, 2020) -- With a focus on reducing the risk of wildfire to the City of Cranbrook, our partners in the Ministry of Forests, Lands, Natural Resource Operations and Rural Development (MFLNRORD)  will soon begin more work through the Province’s Wildfire Risk Reduction Program to reduce the forest fuel load on our southern boundary. 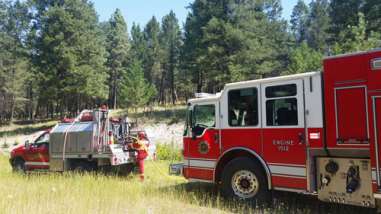 The City has spent years lobbying government and tenure holders to address the wildfire risk that increasing fuel loads, coupled with drier and hotter summers, are creating for our community.  As Cranbrook is surrounded by dense forests; it is critical that we reduce the chances of a crown fire (a fire that burns the canopy) reaching our city. Our reality is that with prevailing south-westerly winds, a crown fire coming from the south has the potential to spread quickly, threaten critical infrastructure and force us to undertake an evacuation of the City, which is a scenario we wish to avoid.

To mitigate this risk, the City of Cranbrook worked in collaboration with provincial government, licensees, the public, ʔaq'am and the Ktunaxa Nation Council to develop a plan that will help reduce the threat of wildfires locally.

“I am very pleased with the amount of work which has been completed to date.  We have been working with the Ministry of Forests, Lands, Natural Resource Operations and Rural Development for 4 years”, states Lee Pratt, Mayor of Cranbrook.  “I would personally like to thank the local MFLNRORD office and personnel as well as Minister Doug Donaldson in Victoria, for all the support they have given us.  With this project, the citizens of Cranbrook can feel much better knowing our community is a lot safer from wildfire than it was in previous years.”

“Simply put, we have a fuel problem in BC and this important work is aimed directly at addressing that problem.  With wildfire seasons getting longer and more severe, the activities scheduled on our southern boundary increase the likelihood that a wildfire be contained by firefighting efforts, and that a community-wide evacuation can be minimized,” says Scott Driver, Director of Cranbrook Fire & Emergency Services. “We have narrowly dodged that reality a number of times in recent years and are extremely pleased with the progress being made on our Southern border with respect to crown fuels.” 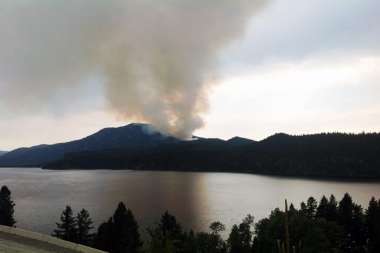 Addressing the risk presented by dense forest fuel surrounding a community is a complex problem.  If you consider overlapping land use issues on public and private lands adjacent to one another, as well as varying tenure holders on those lands, you begin to uncover the many challenges faced by communities addressing wildfire risk reduction projects across this province.

There have been accommodations and adjustments made to the fuel reduction plans to accommodate recreational users and range holders, wildfire risk reduction treatments within the fire break will continue to provide a forested landscape.  The forest that remains however, will be less dense and impose much less risk of a crown fire that threatens our community.

In this respect, the City is extremely pleased that the province and its staff have engaged in finding workable solutions in the Cranbrook area, that improve our situation regarding the wildfire threat to our Southern boundary.