Cranbrook, BC (July 8, 2019) -- Construction to upgrade a section of storm sewer trunk main on Kootenay Street between 4th Street and 5th Street North is schedule to begin on July 9th. This new main will replace an aging section of pipe in the nearby alley that has experienced backup and flooding events in the past several years during high runoff events.

During construction Kootenay Street will be completely closed between 4th and 5th Street North. Detour routes can be used on Highway 3 or 16th Avenue via 2nd, 4th or 6th Street North. 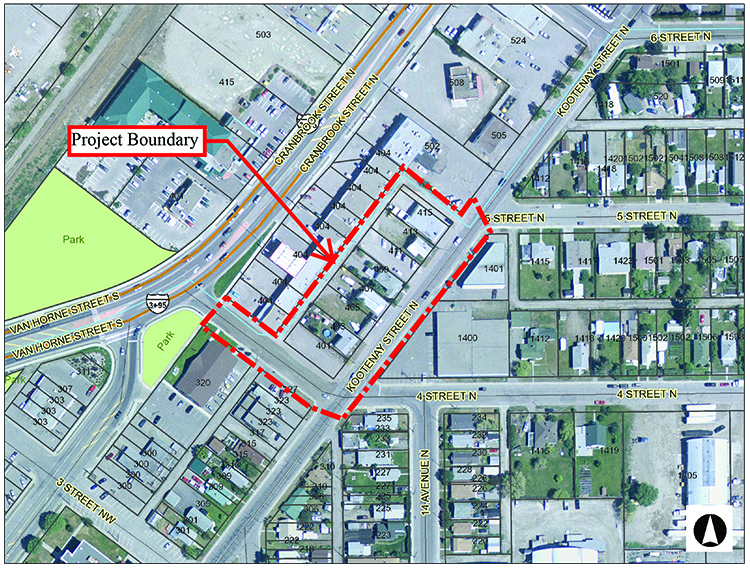 As the project is phased there will be impacts on the BC Transit Tamarack Mall/Walmart bus route. The bus stop in front of the Bowling Alley will be out of service for the entire project, and the bus route at the Public Library will be out of service for several days later in the project for work at the 4th Street North intersection. BC Transit stop closures and detour information can be found at www.bctransit.com/cranbrook.

The entire project is scheduled to be compete at the end of August, and will also see the completion of road resurfacing on that section of Kootenay Street.

The City of Cranbrook at its contractor Mackay Contracting would like to thank the public and affected property owners for their patience and understanding as this project gets underway.