Cranbrook, BC (June 13, 2018) – BC Transit services in downtown Cranbrook will not be in operation during the parade Saturday morning as part of the Sam Steele festivities.  The parade is scheduled from 10:30am until noon.

All bus stops through the downtown area directly impacted by the parade (as highlighted on the map) will be closed Saturday from 8am to 1pm.  The main transit transfer stop downtown will remain operational for the day, but will close during the parade. All other bus routes outside of the downtown core will be running as normal Saturday.

All transit stops through the downtown will resume their normal operations immediately following the parade at noon, with all BC Transit service being free for the rest of the day Saturday.

The City of Cranbrook apologizes for any inconvenience these changes may cause. 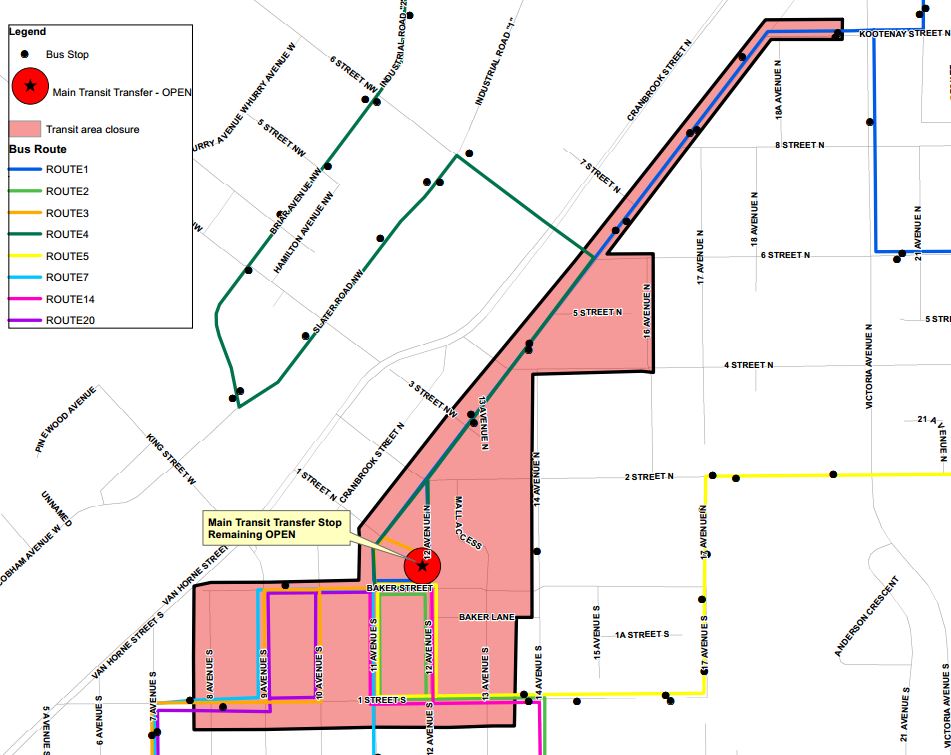