** With files provided by the Southeast Fire Centre & Province of BC 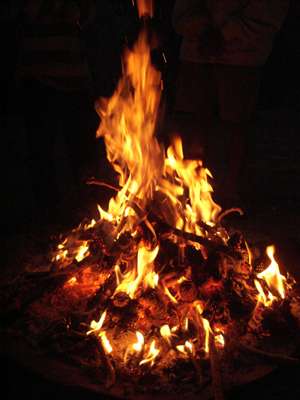 CASTLEGAR, BC (September 13, 2018) - Effective at noon (Pacific time) on Friday, September 14, 2018, campfires will once again be permitted throughout the Southeast Fire Centre's jurisdiction including within the municipal boundary of the City of Cranbrook, due to decreased wildfire risks in the region.

At the same time, Category 2 open fires will once again be permitted in the Columbia Fire Zone only. Larger Category 3 open fires remain prohibited throughout the Southeast Fire Centre's jurisdiction. A map of the affected areas is available online: http://ow.ly/fVNX30lNvIM

The following activities remain prohibited in the Boundary, Arrow, Kootenay Lake, Invermere and Cranbrook fire zones, including the City of Cranbrook:

The BC Wildfire Service thanks the public for its continued support, vigilance and co-operation during this challenging fire season.

To report a wildfire, unattended campfire or open burning violation, call 1 800 663-5555 toll-free or *5555 on a cellphone. For the latest information on current wildfire activity, burning restrictions, road closures and air quality advisories, go to: http://www.bcwildfire.ca;